Nestled in the foothills of northern San Diego County just inland from the coast, sits the small village of Fallbrook, California.  Known for its mild climate and laid back lifestyles, artisans of different genres cultivate their craft inspired by the beauty of the valleys and mountains that surround the town.

One such artist is John S. Kinnard, an "old school" luthier who has established himself as a master of his trade in a day when CNC machines cough out "cookie cutter" parts to be assembled like a child's puzzle.

Working out of his one man shop, John arguably builds some of the finest stringed instruments in the world by hand.  He does them one by one - molding and shaping the parts and assembling them to create instruments that not only look stunning when completed, but also possess something that the mass produced instruments lack - the soul of the luthier.

John has been building guitars, mandolins and ukuleles in a career that has spanned over 50 years and is best known as the luthier behind the Dell' Arte brand of gypsy style guitars played around the world.

Like many artists, his creativity spills over into other mediums including oil and watercolor painting and also jewelry making - talents that have served him well in making him the luthier he is today.

From painting he developed an eye for proportion and style.  From designing and making jewelry it trained him to look for the smallest flaws and build with an attention to detail that has become the hallmark of his work as a luthier.  When people talk about the construction of his instruments the one word you hear more than any other is the word "clean".

Building with superior materials together with top shelf construction and attention to detail, you end up with a beautiful instrument.  Add in the soul of the luthier and you end up with an instrument that is something organic and very special.  That is what John strives for in every instrument he builds... . 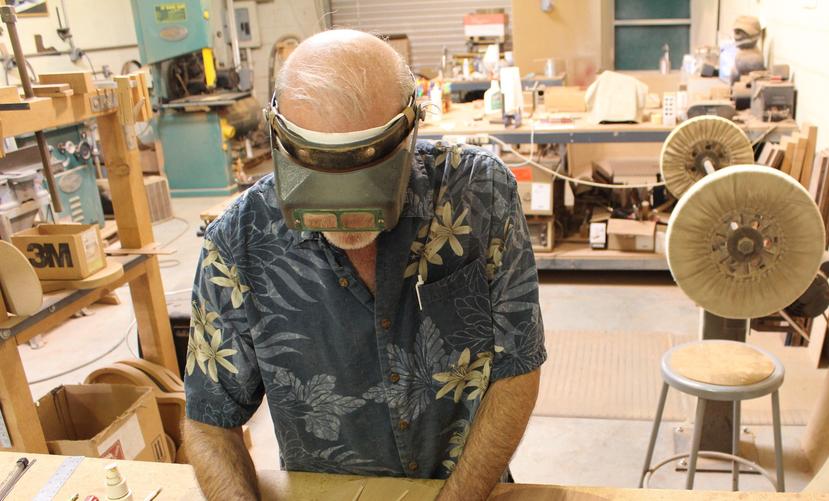