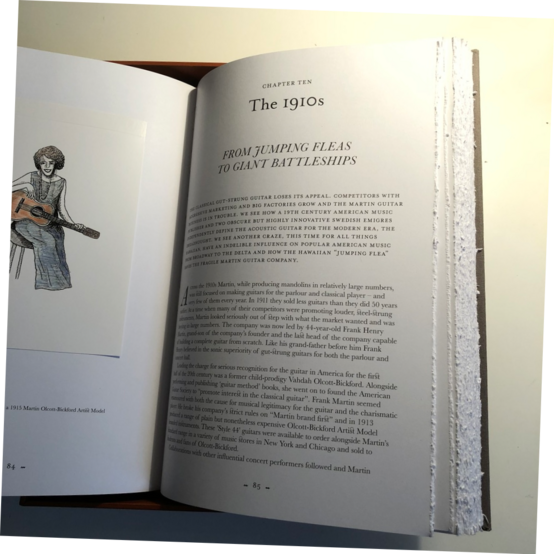 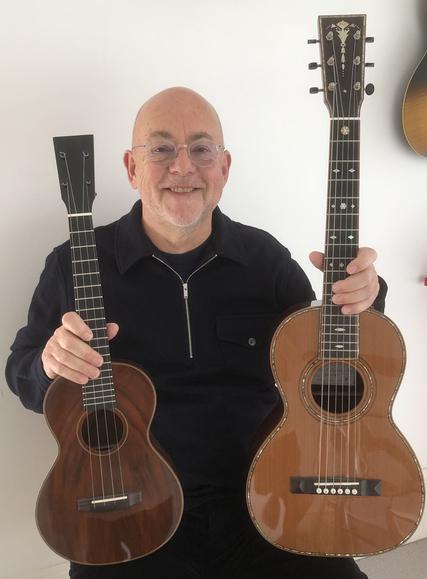 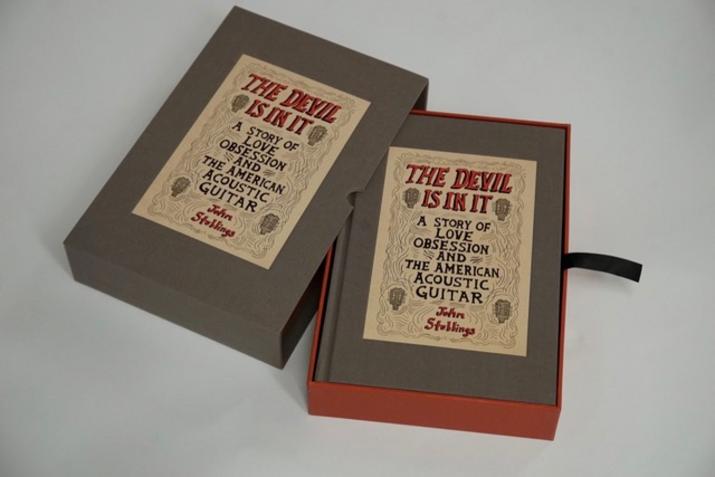 "The Devil Is In It", explores the history behind the defining instrument of the 20th century; the journey the Spanish guitar made from Europe to America and the author's descent into guitar obsession. It joins the dots between the various iterations of the acoustic guitar - from a small bodied gut-strung instrument designed for the genteel parlours of 18th century Europe and East Coast America to the steel strung Modified Dreadnought played on 21st century concert stages.

"The Devil Is In It"

Twelve years ago I ordered a bespoke, custom built acoustic guitar. Made by an experienced English guitar maker the expectation was an 18 month wait until completion. Ten years later I was still waiting.

If the new guitar ever arrived it would be the fifteenth in my “small collection” of guitars. I’d started out as a guitar player, gradually became a player who collected but was fast becoming a collector who played guitar. I knew I had contracted an extreme and unreasonable enthusiasm for guitar acquisition - what is often termed Guitar Acquisition Syndrome. I felt that before I inevitably acquired more, I needed to understand why and how this had happened. How had the 18th century Spanish guitar been transformed, by the 20th century, into the modern American steel string acoustic that had such a hold over me?

I am pleased to introduce a fascinating and very well written book by our good friend John Stubbings from London, England.  I first met John back in 2013 when he contacted KinnardUkes about the possibility of building a ukulele for him.  He followed that up with a custom Soprano guitar built for him the following year.  Little did we know that this custom Kinnard guitar and the story behind it would be an integral part of the story as told in this book.

"The Devil Is In It",  is a story about the history of the American acoustic guitar intertwined with Mr. Stubbing's own tale of the trials and tribulations of having a custom bespoke guitar made in England.  That part of the story is contrasted by our participation in building a custom 42 style Soprano guitar on this side of the "pond" providing a welcome respite to the frustration he experienced in merry ol' England.  In doing so he featured John Kinnard's own story of his life long journey in luthiery.

This is a fast reading story that takes you on a journey from the origins of the acoustic guitar in Europe to its roots in America as seen through the eyes of not only those that played the flat top guitar but also those that made and manufactured them.  From the music parlors of the wealthy north, to the abject poverty of the deep south and all the way to the glamor and glitz of the cowboy movies of the far west, this book tells the amazing story of the acoustic guitar's journey throughout America and its impact on music in the 20th century.   It also puts the development of the ukulele in context with some engaging stories about its early development and role in popular music-making. ​The book is a hand-bound Collectors Edition… a perfect gift for the guitar and ukulele lover.